This weekend sees the return of EVE’s premier 5v5 tournament following a three week midseason break. There are still two more weekends of action, culminating with the Minor League finals on 9th December followed by the Major League finals on the 10th.

Pre-break League positions are shown below. Currently Templis are topping the Minor League and showing their mettle after having been relegated and requalifying, whilst newcomers Nameless are hot on their heels. Meanwhile The Other Team remain on form leading the Major League, but their clean sheet has been marked and, with 4 more teams in touching distance including the freshly promoted Nasty Boyz leading the chase, they have their work cut out to stay on top.

With prize skins up for grabs and the top 4 Minor League teams promoted to the Major League, there is a lot to fight for at the top. Down the table, the bottom 4 Major League teams will be relegated to the Minor League and the bottom 4 minor league teams cast back out to attempt re-qualification for the next season via the EVE_NT Cup, there is everything to play for over the next two weekends as teams battle to acquire the biggest prize, or even for their championship lives.

You can follow coverage of all the action on Thunderdome starting at 19:00 each evening on the plus10gaming twitch channel where the best commentators and analysts in the eve-sports scene will be with us to break down the matches.

The remaining dates for your calendar are:

We hope you are excited as we are for the next instalment of a season of brilliant matches and we hope you’ll join us on the 2nd and 3rd as it all kicks off again. Follow us on the eve_nt twitter as well for all the latest updates on the competition. 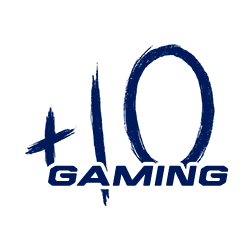