1. Please start by giving us a short introduction to who you are and your history within EVE Online. Include how long you have been playing and the groups you have been involved with.

I started EVE in 2010, and as most do, dropped the game within a few weeks due to a lack of engagement (aka didn’t leave highsec) but was brought back early 2011 with friends that gave me a home and the training needed to participate in the world around me. Dropped into a C5 within a month with Harlequin Corp. and then merging into JumpGate Transit Authority to cross lasers with some of the larger wormhole corps of the day.

Eventually I followed the same group of friends into renting from Legion as Infinity Trading Corporation to get rich, only to move back into a C5 once Solar Fleet turned up, I really hadn’t accomplished much in eve past SP and ISK.

I came across Cerberus Federation in 2013 to find a home that challenged me in PVP and a growing list of responsibilities, from Why So Serious, to The East India Co. to Gentlemen’s Club I grew into the EVE player I am today to finally leave the nest and join daddy PL.

Whilst I enjoyed Reikoku and made some friends I will always open my doors to, there were elements of leadership there that decided that AUTZ is evil and must be purged. Thanks to the efforts of Van Diemans Demise my Shinies were safe outside of Reikoku control and many of us were granted refugee status in Sniggerdly (SNIGG#1). You may notice that Reikoku is no longer in PL and my heart goes out to the few remaining good men, <3 C4W3.

Taking what I learnt in PL and searching for something more, I took over as 2IC of Tactically Gifted, a member corp of Tactical Supremacy which, in my heavily biased opinion, is the best stewing pot of Australians this side of the black stump.

Now leading Tactically Gifted on the winning side of a russian slaughter, it is high time I mentioned we are recruiting.

I firmly believe there is more to EVE than behind a keyboard, if you have ever downed a pint with a fellow EVE player, you know exactly what i am talking about.

If you have not yet, do so. This is what i am here to do, encourage and support.

4. Why have you decided to run for CSM this year?

It was time to give back to the community that has given me so much, I now have the experience both in and out of EVE to be a valuable voice. The final poke was last years (and this years) candidates that advertise themselves as Australian within the AUTZ community, but fail to live up to that standard when put on a global stage.

It is a pretty dog act to mislead a community into voting for you just to push your Bloc agenda. This has not always been the case as we have had amazing candidates such as Cagali and Bam Stroker in the past and it is my hope that we can return to this.

5. Have you run for or been a member of CSM in the past? If so please list each year and if you were elected.

This is my first year running

6. What makes you a unique representative when you compare yourself to other candidates?

I call a spade a spade. There is a place for EVE politics and I respect its place in the world that we have created, I even love getting involved in stirring up some drama in game. But AUTZ meets have shown that players of all Alliances and affiliations can have a beer and a good time away from EVE Online has a whole.

7. Do you have any out of game experience and skills that make you a good candidate?

A Systems Administrator for the most part, I am also a trained Project Manager and Business Analyst

8. What areas of EVE are you weakest at knowledge wise?

Highsec, it scares the hell out of me as the old cliche goes, but my wormhole knowledge stretches just far enough to get into a ton of trouble. I have just been out of the meta for too long.

9. If you were offered unlimited development time - what's the biggest change you would lobby for in EVE?

10. If you could wind back the clock - what feature or change would you remove from EVE?

Citadels, not to remove them, but to take a good hard look at who designed the current timer system and give them a couple of swift uppercuts before they had a chance to make it to TQ.

Alternatively, we should drop a shipping container in his/her yard at 11am on a monday, then tell them it's staying there unless you skip work...

11. If you could pick one candidate to be elected with you who would they be and why?

Absolutely without a doubt Fawlty7, Fawlty has shed blood, sweat, tears and an appendix to make the AUTZ what it is today, though some may dispute it or fabricate claims of foul play. Fawlty is the most upstanding member of the EVE community full stop.

12. What is your favorite memory in EVE and why?

I tell this story like I’m proud of it, but I’m not.

One fateful night in Reykjavik, Hilmar, Mimic, Logibro, Rise, Guard and some amazing people such as L33ZOR, The Boatman and E Varakova (plus others I Literally can't remember) decided that we should reenact The Eureka Stockade but with beer instead of armed rebellion 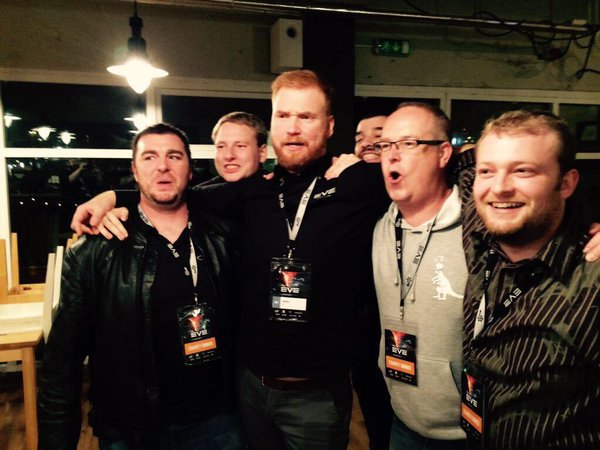 I subsequently got so violently sick I attempted to dial an ambulance, but couldn't because I forgot I was in Iceland then cried while curling up into a ball in my hotel room. All the while all my friends were enjoying the solar eclipse.

13. What platform(s) do you use currently to engage with the wider player base? If someone wanted to contact you what is the best way to do this? (Include Twitter/Emails/Skype/Slack etc.)

I actually respond to EVEMail super quickly now, the EVE Mobile app is amazing, but as any good Alliance/Corp/Fleet button pusher knows. I am on a thousand different systems at any one time. I am most active on the following Systems.

14. If people wanted to find out more about your platform - where is the best place to do so? (Include blogs, forums posts and podcasts)

This is my first year running, as such my media release has been much more fluid and reactive to the CSM process, many of the larger entities have now approached me (Thanks EVE_NT!!) so my forum thread will be updated with any information. Additionally check http://www.evemeet.net/ not for my platform specifically, but for my foundation. Go have a beer or soft drink with someone and you will know exactly why I'm here.

15. What is your closing statement (no more than 500 words please!)

I appreciate your time everyone, feel free to contact me via any of the previously mentioned methods, again, go to an EVE Meet, experience what this community can be like.